skip to main | skip to sidebar

Live is the Blues, man! - Pentagram´s Bobby Liebling on the devil, drugs and rock´n´roll

No doubt! Bobby Liebling is one of the most colourful (and tragic) figures in rock´n´roll. For the past 40 years the sepulchral voiced singer has fronted seminal US-doomsters Pentagram. Tagged as the American answer to Black Sabbath right from the start, Pentagram never quite fulfilled what they had promised (at least financially). Mainly due to Lieblings drug habit and erratic behaviour. Now, 61 year old Liebling is more or less sober for four years and his band have recorded some of their strongest material ever. On the other hand, as he told BRB in a rare interview, Liebling has to deal with personal issues and is struggling not to fall into relapse.

BRB: Songs like “Death Row”, “All Your Sins” or “Forever My Queen” might be untouchable, but as a body of work in my opinion “Curious  Volume” is the best album Pentagram ever made.

Bobby Liebling: That means a lot coming from someone as knowledgeable as you.  Thank You from the bottom of my heart!  This is my favorite Pentagram album.  Not only did I get to finally properly record some old songs such as “Earthflight” but we got great new numbers on there that fit well within the band’s legacy.   We are lucky as a band to have fans of the 1970s-era of the band which is best known from Relapse’s “First Daze Here” volumes.  We were a hard rock band bent on the occult and sex, drugs and rock-n-roll.  It was dirty, heavy blues rock from the streets.  We didn’t mean to but I’m told we helped invent and perfect heavy metal as a result.  In 1980, I joined up with the teenage Victor Griffin and I feel that we took doom to another level.  We have fans who mainly love that 80s doom stuff the best.  The doom material was also from  the streets but those streets all led to the graveyard!  I am told we helped perfect “doom metal” at that time.  Of course we did all this with a “you can’t tell me what to do”-punk rock attitude.  It wasn’t called “punk” when we first started but that’s what it was.  It was the snotty attitude of the dirty American streets.   Punk, like the blues, is really just a feeling, a mindset.  “Curious Volume” is an album that captures all these elements of the band’s near 45 yr history.   How luck do I feel to be in my 60s and, according to you, putting out my best record?!  It is a very curious feeling indeed!  The title comes from “The Raven” by Edgar Allan Poe which is a favorite poem and poet of mine.

For my ears CV marks a change of style which is quite drastic. Instead of the customary Doom and Proto Metal we find strong elements of Hard Rock, Stoner Rock and even Punk. About your love for Wayne Kramer or The Dead Boys you have told me before, but it never showed in your music. Was it a decision you guys made consciously to go new ways musically or was it by accident?

I think my last answer to the first question answers this.  Pentagram is not a one-trick pony.  I myself am a music lover.  For example, my favorite singer is Elvis Costello.  I love the original glam, punk, blues, electric blues, hard rock and on and on.  We are all well-rounded music listeners and we wanted an album that covered all that Pentagram is.

The other guys in the band seem to have had quite a big influence on this one. Victor wrote the lyrics for 7 out of 11 songs and Greg contributed too. Does that apply for the music as well?

Absolutely.  Pentagram is a band now more than ever.  Most of the Pentagram albums have been a portion of songs I wrote in the 70s and then new material.  I mainly just write lyrics now and luckily we’ve got Victor and Greg who also write.  One of my favorite songs from that last album, “Last Rites” was a Greg Turley number called “8”.   I’m a big fan of the guys in my band and I’d like to think it goes both ways.  Every member of this “team” from our manager to our European booking agent are fans of this band and I feel that it makes a difference. This is a family band and we all put something on the table.  It makes dinner much more satisfying!

Which Songs are from your famous 60s and 70s stash? Can you tell us something about the times and circumstances of their creation?

5 out of the 11 songs are old numbers.  “Lay Down and Die” was formally “Baby, Baby, Lay Down and Die” when we played it in the 70s.   I like to have the listener make up their own mind on what a song is about.  I think it’s important for a fan to make the song their own so I took out the “Baby, Baby” part of the title party due to this concept.
“Earth Flight” is a Pentagram favorite of mine as well as the fans.  Geof O’Keefe, co-founder of the band and best known as the drummer from the 70s line up,  and I worked hard on that song in the 70s.  We wanted to write a song that was earthly but also unearthly.  I’m so happy that it finally has all those elements on it on the new album!
“Misunderstood” is an old early 80s punk rock song Victor Griffin and I used to play in Death Row.  We played it at CBGBs in the early 80s when we played with Government Issue and The Cro Mags!
I love early punk rock and I felt that the lyrics really relate to how the general public has perceived me throughout my life so it was fitting to finally put it on an album.
“Sufferin” is a song from the 70s as well.  Its another great song that I felt needed to be recorded properly.  In the early days, we didn’t get recording budgets.  Now that we finally have one, I wanted to take a few old numbers and breath new life in them.  Its also a song that lyrically, I felt that my fans could relate to.
“Because I Made It” is a song we recorded on a demo for Peaceville but then we never made the album.  It has become a fan favorite in the underground and when the team (band and management) voted for a track listing, everyone had it on their list so we banged it out!

Many of the lyrics read like a reckoning with your wife (“Misunderstood”, “Lay down and die”), even though you didn't write all of them.

How are you personally these days? I was very sorry to learn that both your parents were hospitalized earlier this year. I really hope they are well!

Life is the blues, man.  My folks are very near the end of their days and it's terribly sad, scary and stressful for me.  The band and my career are doing better than ever but we all are getting older. Day to day is what they say.  I try to take it all one step at a time.  It’s never easy.  These are some of the darkest days of my life.    I am separated from my wife and son at this time.  My days are very long lately. Thank God for my fans, they are all I’ve got right now.

In times of crisis do you ever feel tempted to use drugs again or not at all?

Absolutely! You don’t use drugs for 50 yrs or whatever its been and not long for them when the chips are down. Or when the chips are up. Day to day, I take things day to day. I am not perfect. I’ve slipped in the past and I may slip again in the future. I try to look to the light but it’s never easy.

Victor is back only one year after he left the band for good. How can this be?

Victor is my brother. He needed a hiatus to get some life issues together.  We told him when he left that the door would always be open.  If anyone understands it when someone needs to work on themselves, it is me.  We are very lucky to have Matt Goldsborough on deck.  He has grown in to a world class guitar player and rock star and we are blessed to have two fine guitar players in the band.  Victor is our main-main but Matt is also very much a part of the band.  As I’ve said before, this band is a family and we support each other when needed. We back each other up.

Victor told me in an interview in 2013 that his Christian faith had a lot to do with him leaving because he couldn’t relate to some aspects of the band anymore. You stated in an interview recently that you now found religion too. Was that a reason for him to come back?

Victor came back initially in 2010 when I found myself without a proper guitar player.  He stepped in to finished a tour and we triumphantly had the last show of that four gig tour recorded for the “When the Screams Come” dvd.  He told me then that we should drop all the negative imagery and I needed to get sober.  We did all that and look where it's gotten us? I have found God and he’s been a light when I needed it.  I don’t feel that you should ever use religion as a crutch but as a guide to get yourself out of the dark.  Victor came back to the band to help an old friend, which was me as well as the name “Pentagram”.  He ended up having a lot of fun and we’ve continued onwards.
I think it helps him to know that I’m not worshipping the devil anymore, that’s for sure but that’s not the main reason.

What is his status in the band right now? Obviously he is not playing live. Why is that and isn't that situation a bit schizophrenic?

We are talking about when he should come back.  He is still very much a part of this band and he will continue to be.  He’s got tasks to do in his personal life and most likely spiritual life that he needs to take care of to fully be Victor Griffin.   If Victor is in the band, we all want him to be at full power so we are willing to wait for him to be fully ready to tour again.  In the meantime, we’ve got Matt Goldsborough who also kicks much ass!

Is there a chance that he will tour with Pentagram again?

Yes, maybe as early as this autumn.

What are your plans for the next 16 months? Will there be a fully-fledged tour?

TOURING!  We want to tour for this album until our wings fall off.  I’ve got a bobblehead coming out.  We have re-issues of “First Daze Here” and “First Daze Here Too” coming out in early 2016.  Maybe we’ll get a coffee table book out too.  I just know that realistically, I’ve got one maybe two years left of touring in me.  I want to take advantage of this opportunity while I can.  We all hope to see you in Europe very soon.  We’ll be there in August 2015 as well as November 2015 so come on out and party with us! 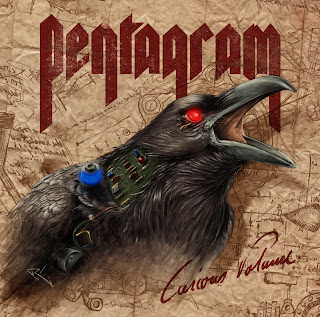 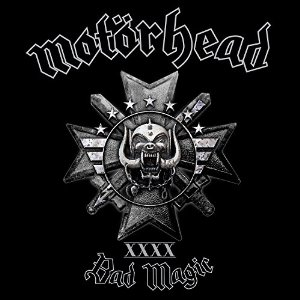 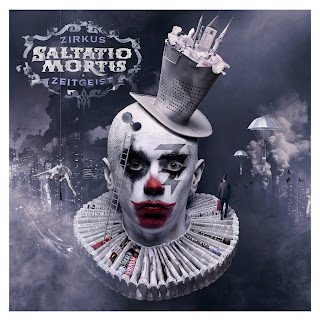